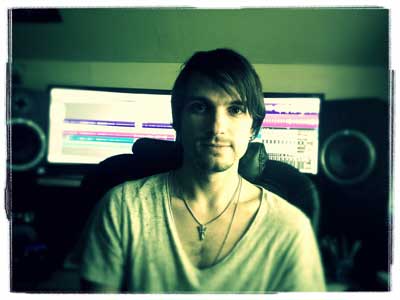 It is through music that I realize the truths of what is important in life. Instead of opting from what’s force fed by mainstream, I look for the outliers that bring something more interesting. It’s those on the frayed edges of pop culture, working in realms like contemporary art, dubstep, and interactive video games, that I take cues from.

My story begins growing up in suburban Las Vegas to two loving and giving parents that supported me in my endeavors. With music taking hold of my life in my early years school, I was given the opportunity to play in all sorts ensembles launching me to work with others around me. Metal became one of my first means of musical sustenance but as the times changed this grew with influences of electronic, classical, and jazz. Bass was not enough to satisfy my musical abilities and I took to guitar, drums, and piano. Feeling the abysmal musical scene around and the short-comings of bands, I opted to learn studio production for a future and way of creative survival.

After school, I worked many different audio jobs in Vegas as an a/v tech, live sound engineer, and recording studio engineer to get real world experience before getting the opportunity to move to Las Vegas with a group of friends. Las Vegas became my new home to embrace art and creativity with like-minded people. It was upon going to Middle Tennessee State University, that I found a world-class program for sound engineering and met others that were spearheading the musical renaissance in the area. I made many contacts and spent a lot of time in the liberal arts music department studying composition, theory, classical/jazz performance, and the rich history of art music. I never really fit in the mold of either program, but, between the cracks, realized life-shaping experiences and a degree.

While living Franklin, TN, I have taken part in professional projects including mixing and mastering projects for good friends, composing diverse original music through different opportunities, and contributing arrangements to the wonderful community at ocremix.org through my name audio fidelity.

In 2016, I moved back to Las Vegas to be close to family and apply what I’ve learned in its vibrant scene.

The future before me now is to use my talents to connect with those around me in meaningful ways. Whether it’s pushing buttons or spending sleepless nights to make an impact, I can only offer what I am, as some sort of sacrifice to make art more honest.

Las Vegas audio post expert Jay Yaskin is a force to be reckoned with. An expert in many genres, Las Vegas music production by Audio Fidelity is stand-alone and one of a kind. If you seek Recording studios in Las Vegas for the mixing and mastering of your music project, you've found the best.

A nice guy and true gentleman, Jay Yaskin will deliver music production in Las Vegas to your highest expecations. This Audio Fidelity engineer in unlike the rest, so contact him about mastering and mixing your music project today.

Benefit from fantastic savings on drai's las vegas , just by taking a look at http://draisvip.co

Benefit from fantastic savings on yeni superbahis sitesi adresi , just by taking a look at http://www.superbahis217.net