"Jay has great ears, great equipment, & an excellent sense of making music compelling for the listener. You won't be disappointed with his mixing." - Gary Earl (GWorld Music & Gary Earl Productions)
"I know mixing guitar with orchestral elements is very easy to get wrong production-wise, but this does an admirable job" - Cain McCormack (Fishy)
"Jay has a great appreciation for texture in music" - David Lloyd (djpretzel)
"Jay is an energetic and engaging person, and we enjoyed having him here as part of our recording team" - Chuck Foley (UNLV Recording Studio Manager)

Mixing and mastering are what it's all about at this Las Vegas music post production facility, and we're ready to take on your project. So if you're wondering Where can I get my music recorded in Las Vegas?, here we are. Las Vegas band resources, Las Vegas band mixing, and an expert one-of-a-kind Las Vegas mixing and audio engineer here at your disposal. Get your music project done right by Audio Fidelity mastering. 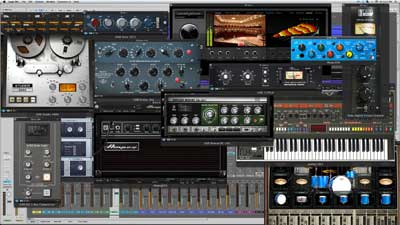 My philosophy is to mix with the versatility and power of “in the box” while staying competitive with superior with outboard analog gear. I live primarily in the electronic domain but rely heavily on simulating vintage audio chains, which is achievable these days thanks to powerful computers, DSP upsampling, and well engineered console and tape emulations. The core of my studio is my UAD cards which help me to achieve this. Check out my gear list to see the tools I use to get my sounds.

Services are negotiable for the scope of your project. Contact me and we can figure what best suits you.